Cameron Poetzscher is an Australian businessman with extensive experience in the global investment banking and technology markets. Now living and working in the United States, he is the VP of Corporate Development at Uber. Over the span of his career, he has worked in strategic and financial roles in Australia, Asia and the US. ​ 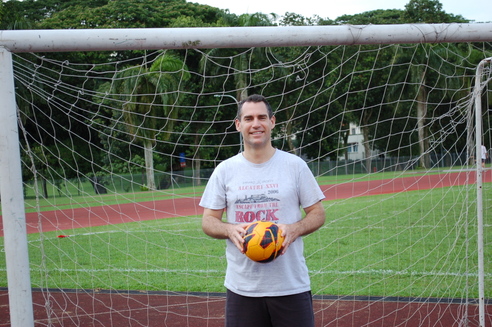 Poetzscher earned a Bachelor’s degree in Commerce from the University of Queensland before continuing his studies at Harvard Business School (HBS), where he graduated with an MBA with distinction and received first and second year honors. He stayed on at HBS as a Research Fellow, working under Professor Peter Tufano in the school’s finance faculty. There he undertook research into credit derivatives, hedging and other financial tools, and also served as a teaching assistant.

Cameron Poetzscher’s first career role was as a Consultant for Booz & Company, a prominent international consulting group with a focus on technology and management. After completing his MBA, he started a defining chapter in his professional life by joining Goldman Sachs, New York in 1996. ​

Serving in several roles and promoted to Managing Director of the Technology/Media/Telecommunications Group, he oversaw a variety of key transactions for high profile software, internet, cable and infrastructure companies. His focus was leading M&A activities on the buy and sell side, overseeing IPOs, financing investment grade bonds and equities along with restructuring distressed assets and situations.

Over a significant period at Goldman Sachs, Poetzscher developed expertise in structuring complex financial deals and managed a host of premiere M&As and IPOs, including Disney’s acquisition of Pixar for $7.5 billion, Yahoo’s $44 billion raid defense and an $8.4 billion take-private of Cox. In 2008 he took up the role of COO of M&A with Goldman Sachs, Singapore, where he was responsible for leading mergers and acquisitions for the Asia Pacific region, excluding Japan. Poetzscher returned to San Francisco in 2013 with Goldman Sachs as an MD in the M&A Group.

In 2014 Cameron Poetzscher undertook his latest challenge, joining the global online transportation company Uber as its Vice President of Corporate Development. He has called on his experience in M&A and deal making to help develop Uber’s footprint through a range of strategic partnerships, fundraising and business operations.

Cameron lives in San Francisco with his two children and his wife, Varsha Rao. Outside of work, he is an enthusiastic sportsman who enjoys running, cycling and sailing, as well as writing about them on this blog. ​
© 2016 Cameron Poetzscher. All Rights Reserved.