Running is Booming in the US

Running Across the Nation

Running is a sport with a long and proud history in the US. The States host many of the world’s premier road-running races, and as a sport it has become increasingly popular over the last two decades. The strength of this sport lies in its versatility - running can be enjoyed recreationally or competitively, alone or as part of a group. Additionally, there are many forms of the sport: marathon running, trail running, road running, track running - the options are endless and highly accessible. With little more than a pair of shoes required to participate, running is open to Americans from all walks of life, and indeed if we look at our competitive runners we will see that they come from a wide variety of backgrounds.

Dynamic Changes in the US Running Scene 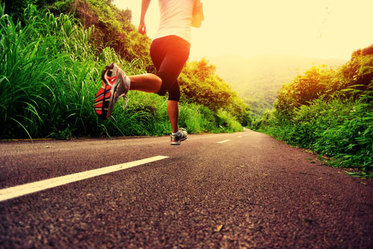 Running has undergone a huge boost in participation numbers since 1990. The number of race finishers in the US went from around five million in 1990 to over 19 million in 2013. However, 2015 and 2016 have shown a decline in national participation numbers, with 17.1 million race finishers recorded across all running distances in 2015. The drop has been attributed to the declining popularity of obstacle course races (OCR), a niche which was once very popular but has recently suffered a significant fall in participation.

Despite the recent decline, running is still a very strong sport and its future looks bright. There are more female race finishers than male, with women accounting for 57% in all running event fields. Participation levels in large scale events like the Bay to Breakers, Brooklyn Half Marathon and the Statesman Capitol 10K, are presenting significant growth.

Running events are evolving all around the world. There is a growth in participation numbers and the appeal of the sport seems stronger and broader than ever before. Innovation has bred new forms of races including obstacle, themed and mixed distance events. The most popular race format in the US during 2015 was the 5K. The rapidly growing diversity in this field is attracting many newcomers of all ages who are putting on their running shoes, and getting involved in the sport.

Aside from the fitness and health benefits, running has become an inclusive, fun and community focused sport that is also very charitable in its focus.
© 2016 Cameron Poetzscher. All Rights Reserved.